If you aren't familiar with the layout of the HPC Cluster, it's highly recommended that you read the parent page, Cluster, before delving into Slurm and running jobs, to avoid any confusion over terminology used here. After you have done so, please thoroughly read this page before using the cluster.

Slurm is a free, open-source job scheduler which provides tools and functionality for executing and monitoring parallel computing jobs. It ensures that any jobs which are run have exclusive usage of the requested amount of resources, and manages a queue if there are not enough resources available at the moment to run a job. Your processes won't be bothered by anybody else's processes; you'll have complete ownership of the resources that you request.

How do you use it?

Slurm is very user-friendly. You don't necessarily have to have an academic use for the cluster, but keep in mind that any use of the HPC cluster is bound by the FCPS Acceptable Use Policy, just like the rest of TJ's computing resources, and academic jobs will have priority use of Cluster resources. All TJ students are granted cluster accounts in the beginning of the year. If you believe your cluster account does not exist or is broken email [email protected]​

To get started with running jobs on the Cluster you should connect to the login node, which is infocube in this case. Any of the following commands while on ras or TJ CSL computer will allow you to connect to infocube:

After connecting to infocube you will be placed into your Cluster home directory (/cluster/<username>). infocube is a virtual machine and does not have nearly the amount of resources as the entire Cluster does, so do not run programs directly on infocube. Instead, you want to tell Slurm to launch a job

Jobs are how you can tell Slurm what processes you want run, and how many resources those processes should have. Slurm then goes out and launches your program on one or more of the actual HPC cluster nodes. This way, time consuming tasks can run in the background without requiring that you always be connected, and jobs can be queued to run at a later time.

Viewing information about the Cluster

To see information about the nodes of the cluster, you can run sinfo. You should get a table similar to this one:

To see which jobs are running and who started them, run squeue. You should see a table like this:

Creating Programs to Run of the HPC Cluster

The HPC Cluster is comprised of 64-bit Ubuntu Linux systems. While you can run any old Linux program on the Cluster, to take advantage of the parallel processing capability that the Cluster has, it's highly recommended to make use of a parallel programming interface. If you're taking or have taken Parallel Computing, you will know how to write and compile a program which uses MPI. If you aren't, http://condor.cc.ku.edu/~grobe/docs/intro-MPI-C.shtml is a good introduction to MPI in C. See below for instructions on running an MPI program on the cluster.

When compiling your program, it's best to connect to infocube (the login node explained in the section above), so that your code is compiled in a similar environment to where it will be run. The login node should have all the necessary tools to do so, such as gcc, g++, and mpicc/mpixx. WARNING: compiling your program on a workstation/any other computer that is not part of the cluster and then transferring the generated executable over to the cluster WILL NOT WORK. This is called CROSS COMPILATION and it WILL NOT WORK. This is not a challenge, it is a statement of fact

And now the good stuff: running a job! Slurm provides 3 main methods of doing so:

Salloc allocates resources for a generic job and, by default, creates a shell with access to those resources. You can specify what resources you want to allocate with command line options (run man salloc to see them all), but the only one you need for most uses is -n [number] which specifies how many cores you want to allocate. You can also specify a command simply by placing it after all command line options (ex: salloc -n 4 echo "hello world"). This is currently the suggested way to run MPI jobs on the cluster. To run MPI jobs, first you must load the mpi module, as stated above (module load mpi). After that, simply run salloc -n [number of cores] mpiexec [your program]. Unfortunately, the displayed name of this job is, by default, just "mpiexec", which is not helpful for anyone. To give it a name, pass salloc (NOT mpirun) --job-name=[name]

If your command is successful, you should see "srun: jobid (x) submitted". You can check on the status of your job by running sacct. You will receive any output of your program to the console. For more resource options, run man srun or use the official Slurm documentation.

sbatch allows you to create batch files which specify a job and the resources required for the job and submit that directly to Slurm, instead of passing all the options to srun. Here's an example script, and assume you save it as test.sh:

You could then submit the program to slurm using sbatch test.sh. This would tell Slurm to launch the program at (path_to_program), and to launch 4 tasks, limit the maximum execution time to 30 minutes, and require that no more than two tasks run on a specific system. Here are some other examples: https://www.hpc2n.umu.se/batchsystem/examples_scripts.​ 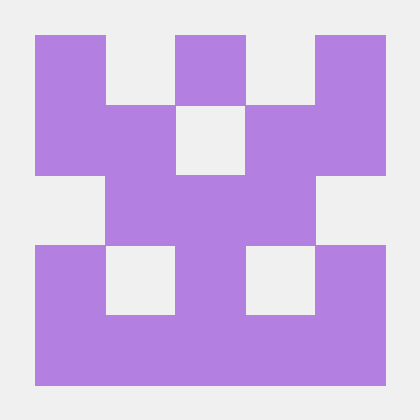 Last updated 5 months ago
Export as PDF
Contents
What is Slurm?
How do you use it?
The Login Node
Viewing information about the Cluster
Creating Programs to Run of the HPC Cluster
Running a Job